As technology continues to advance, the trend toward designing smaller products with higher performance capabilities is requiring many to innovate and think of new ways of managing heat in more efficient ways. Proper thermal management is crucial to increasing or maintaining a product’s overall lifespan.

What is Thermal Design (dissipation / insulation of heat) ?

The density of heat generation is tend to increase, as electric devices are getting compact and thinner, as well as the electric components are closely built-up.

Thermal design is to lower the temperature of the element by using heat-releasing material, and/or by transferring the heat from the heat-generating part to the cooling surface of the chassis.

Heat Design (dissipation / insulation of heat) is essential to solve the following problems,.

Many electric devices are constructed with PCB, and various electrical parts mounted on the PCB generate heat while electricity passes through.

There are three forms of heat flow.

Thermal Design (dissipation / insulation of thermal) is performed under the consideration of the above mentioned heat behavior.

What is Thermal Resistance?
Difficulty of transferring the heat

Thermal Design (dissipation / insulation of heat ) is performed under the consideration of thermal conductivity rate and thermal resistance.

KITAGAWA INDUSTRIES America’s thermal products come in a variety of different types and sizes. They come in a large range of thermal conductivities from 1.0 W/m*K up to 7.0 W/m*K. Thicknesses are also flexible from 0.25 mm and up. They also use different materials depending on the application’s requirements such as silicone and acrylic rubber. They are available with both sides being self-tacky or one side-tacky. Finally, die cutting is an option available upon request. 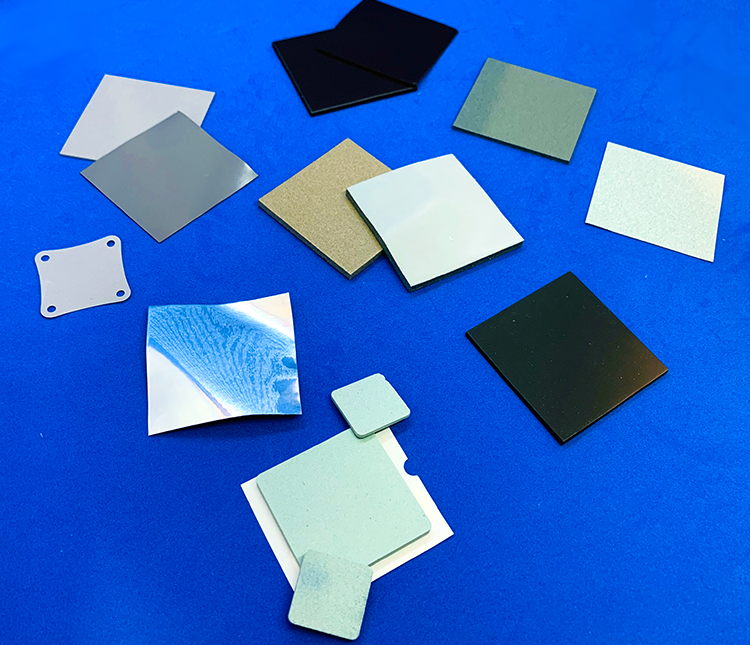